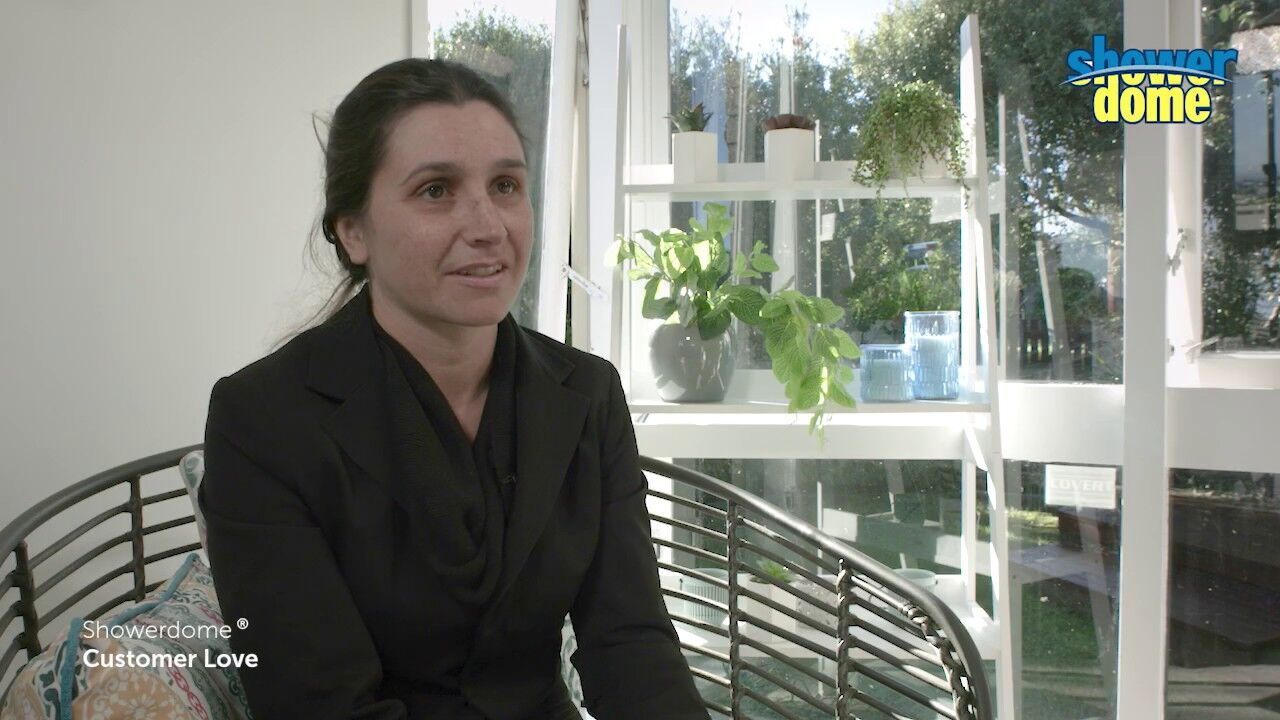 Showerdome was so affordable, and in the long run you just save so much on maintenance costs - plus there are health benefits for your family. The first day we showered with the Showerdome on, there was really a stand back moment to say WOW, can’t believe all that moisture actually would’ve been in our bathroom.

Video transcript: We saw Showerdome actually at the Home Show last year in September and basically, we were looking for new ideas, new innovative ideas to build a healthy drier home.

We were in rentals for quite a few years and there was always condensation on the walls and the windows which led to mould eventually. We chose Showerdome because one, the brand name does stand out. We’d had no first-hand experience with it but when we were at the show in September, the gentleman at the stand was very knowledgeable and he answered all of our questions and concerns.

We were a bit hesitant to buy cos we didn’t quite remember the sizes of our showers. He advised us we could take our time, go back to the builder, see what the measurements were, also at the same time he gave us a couple of numbers to call for installation and the gentleman that did come up did a fabulous job. They were so affordable, it just made it that much easier.

The first day we showered with the Shower dome on, we were really quite shocked by how much moisture actually stayed behind. There was really a stand back moment to say WOW, can’t believe that actually would’ve been in our room.

When you get out, there is no condensation on the mirrors, no condensation anywhere. I would highly recommend Showerdome for the cost you pay to install it. In the long run, you just save so much on maintenance costs plus also the health of your family. There won’t be any future mould or damp there.

We were quite concerned about the aesthetics of it, we thought it might be quite jarring when you walk into the bathroom and also my husband is quite tall, so we were a bit concerned it would make him feel claustrophobic. Actually, none of those came to fruition. He’s quite comfortable in there, he doesn’t feel at all as if he’s closed in and he hardly notices it because it’s so clear. So, I think it’s been great.

Stop bathroom condensation, mould & mildew in its tracks today, with Showerdome® Get a showerdome
Categories
Share
ASK A QUESTION
—