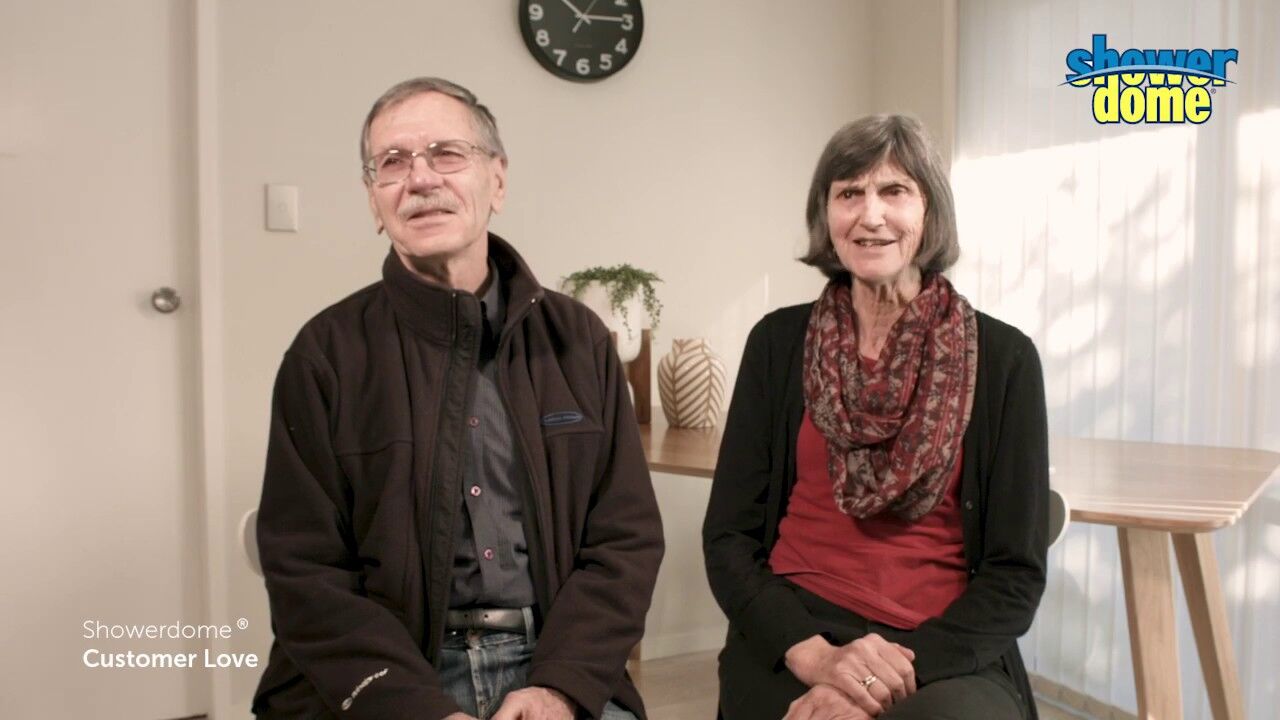 We fitted a Showerdome to solve two problems - mould on the walls & roof, and condensation on the mirror. With Showerdome you get a lovely warm shower, your mirror is condensation free, and there has been no mould since. Definitely fit a Showerdome!

Video Transcript: (Nick) There were two problems we were trying to solve. One was the mould and we cleaned it at least three times to get rid of it. The second one was the condensation that appeared on the bathroom mirror every day.

(Alison) We got mould in our ceiling and I said when we get a new bathroom, we’ll get a Showerdome.

(Nick) The delivery time was quite quick.

(Alison) You get a lovely warm shower in the morning because it’s all like a cosy box now. You get out of the shower now and your mirror is completely condensation free.

(Nick) There has been no mould since.

(Alison) The other bathroom downstairs which has a fan, doesn’t work nearly as well as sucking the moisture out. I would definitely ring up and investigate Showerdome.

Stop bathroom condensation, mould & mildew in its tracks today, with Showerdome® Get a showerdome
Categories
Share
ASK A QUESTION
—